I can’t even remember when I bought this book, but I finally got around to reading it this last week. Now I can’t figure out why I apparently put it off.

“They had both changed during those months, but she had transformed.”

The Keeper is a beautiful story by Erin Phillips that follows a woman named Kayleigh. She is an Immortal Keeper in the world of Eviryia whose job it is to find the True King. When she does, a single kiss shows him to the world and ushers in a reign of peace and prosperity. Now that is what I call a powerful kiss.

Unfortunately, Kayleigh hasn’t found the True King yet. Trying for many years she was unable to find someone that met the qualifications and ended up closing the doors to Ailenor. The doors stay closed for over thirty years, but now a civil war is tearing the kingdom apart and the Keeper and Ailenor has the last symbol of hope for everyone.

Teaming up with a farm boy named Galen who survived a terrible attack on his village, Kayleigh goes on an undercover quest to save the kingdom before it’s too late.

This was a great read. Albeit there were a few minor grammatical errors that I caught, but they really didn’t detract from it much. It’s also a standalone book and everything ties up nicely. There is a colorful cast of people that Kayleigh and Galen meet during their journey and the details and history are easy to follow and definitely enriching.

All in all, The Keeper is a book I would recommend and I look forward to reading other works by Erin Phillips.

4 thoughts on “Book Review: The Keeper by Erin Phillips” 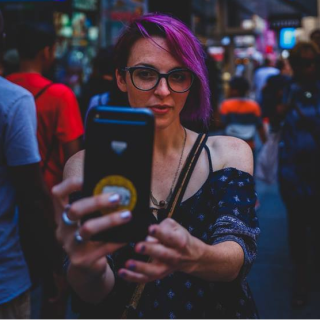 I enjoy random writing related thoughts, plot bunnies, and good books. One of these days I'll get my own book finished.

What am I readin’?

I enjoy random writing related thoughts, plot bunnies, and good books. One of these days I'll get my own book finished.

Where to find me

What am I sayin’?

What am I readin’?

I have people to kill, lives to ruin, plagues to bring, and worlds to destroy. I am not the Angel of Death. I'm a fiction writer.

May you always have a fresh carrot and a bounce in your step...

It's time to get hella serious about writing!